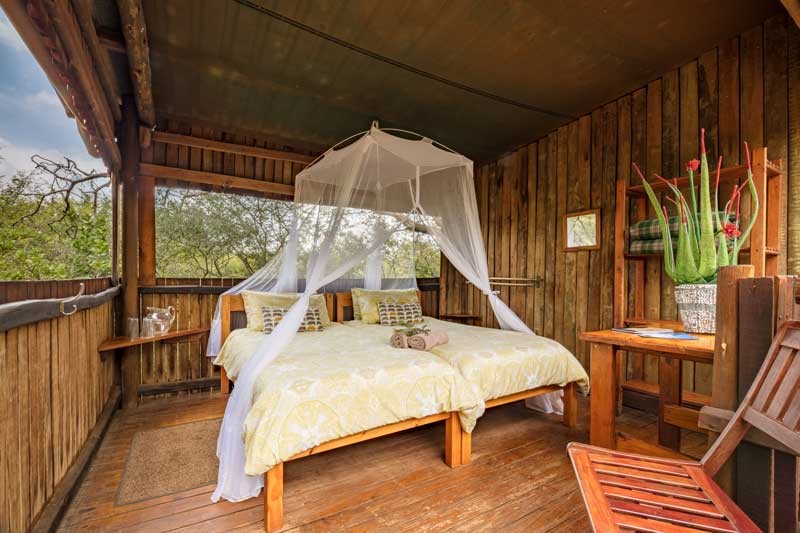 R 2250 per person per night sharing

Accommodation, all meals per day, two activities a day (game drives), snacks on your drives and emergency medical evacuation insurance.

Madikwe is South Africa’s fourth largest game reserve at 75 000 hectares. This magnificent malaria free area offers you the opportunity to experience the magic of the Big Five and a true safari adventure. Situated in the North West Province bordering Botswana, Madikwe is just a 3½ hour drive from Johannesburg or Pretoria, 1½ hours from Sun City and an easy hour from Gaborone. Managed by the North West Parks and Tourism Board and together with the private sector (lodge owners) and the local people, Madikwe is operated as a joint venture to stimulate ecologically sustainable economic activity based on wildlife, for the benefit of the people of the region.This community involvement thinking was something of breakthrough in the early 1990’s when Madikwe was formed, and has served as a template for other game reserves to work from. It has also ensured a healthily inflated local employment rate in Madikwe.

The Madikwe area is steeped in history and tradition. Historically, this is Herman Charles Bosman’s land – you can easily visualize his Oom Schalk Lourens sitting under a Karee boom, contemplating the finer points of life or recovering from the alcoholic delights of its berries. The famous Mafikeng Road runs straight through the Reserve – explorers, traders, hunters, missionaries and, of course, Mzilikazi passed this way during the making of South African history. Today Madikwe is regarded as one of the finest conservation areas in Africa and has taken its place as South Africa’s top wildlife and game viewing destination.